Get “Schooled” on Food Allergies with PTO Mom – Accommodations in Schools

Providing the proper accommodations for your child when they are at school can be quite frustrating. What you find to be completely reasonable, others (who do not have to go through the food allergy life) think is completely unreasonable. School staff tend to think a parent is overreacting most of the time; thinking we just want to put our child in a tiny little bubble and treat him like he is a porcelain doll. In reality, we are just trying to lower their chances of having a life changing allergic reaction.

Here are a few reasonable accommodations that school staff should NOT fight you on:

* If the student is allowed to self carry in the school district and if the parents feel comfortable with it.

** Ultimately up to the parents on the cafeteria conditions.

Here are a few negotiable accommodations that school staff and parents will need to find an agreement on:

You are the parent so you decide what is needed so your child can have a great educational experience and, most importantly, a safe experience at school.

If you have any questions about reasonable accommodations for your child, set up a meeting with the school’s principal and/or social worker. They can help you decide on what is absolutely needed. Remember to never let the school talk you out of an accommodation that you know your child needs.

Have a question regarding Peanut, Tree Nut or Other food allergies in school? Want to suggest a topic for me to discuss? Follow Me on Facebook @ www.facebook.com/ptomom or Contact me @ pto_mom@aol.com and follow my Inspiredeats column here.

Get “Schooled” on Food Allergies With PTO Mom!

*All information on this page is not to be taken instead of medical advice.* 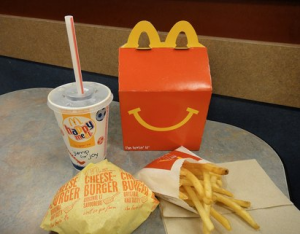 Recently a study was published in Clinical Pediatricians that revealed a correlation between children’s food allergies and where they lived, be it urban or rural areas.   It’s an interesting case study, and one that doesn’t really provide much insight into the reasons behind the results, which leads me to have more questions than anything else.

For example, since we know that food allergy prevalence is often tied to genetics, are the foods consumed in the urban areas less ‘natural or whole’, meaning more processed? Has that led to a greater likelihood to develop a genetic predisposition towards food allergies?  I mean, if it doesn’t have something to do with food consumption, what else could it be? Are we really thinking that people in rural areas have less genetic deficiencies related to food allergies? Or that food allergies are tied to the population counts? Or is it more likely that food exposure plays a critical part in the genetics behind food allergies?

The reality is, we don’t yet know, but you can read on for the details of the report…

Children living in urban centers have a much higher prevalence of food allergies than those living in rural areas, according to a new study, which is the first to map children’s food allergies by geographical location in the United States. In particular, kids in big cities are more than twice as likely to have peanut and shellfish allergies compared to rural communities. The study, which was funded by FAI, and published in the July issue of Clinical Pediatrics, can be found here.

“We have found for the first time that higher population density corresponds with a greater likelihood of food allergies in children,” said lead author Ruchi Gupta, M.D., an assistant professor of pediatrics at Northwestern University Feinberg School of Medicine and a physician at the Ann & Robert H. Lurie Children’s Hospital of Chicago (formerly Children’s Memorial). “This shows that environment has an impact on developing food allergies.  Similar trends have been seen for related conditions like asthma. The big question is – what in the environment is triggering them? A better understanding of environmental factors will help us with prevention efforts.”

The study included 38,465 children, 18 years and under, who comprised a representative sample of U.S. households. Their food allergies were mapped by ZIP code. Here are the key findings of the study: