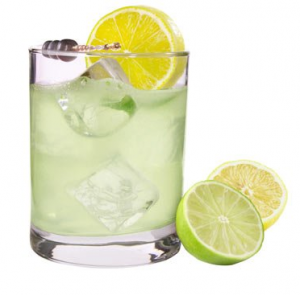 Have no fear, there’s good news ahead!!

Some of the most common gluten free alcohols are rum, gin, whiskey, vodka (made from potatoes or corn), tequila and nearly all wines.  According to the Celiac Sprue Association, they recommend that  celiacs consume only potato-based vodka, rum and tequila (all made from non-gluten grain sources), along with preservative- and dye-free wines and brandies and gluten-free beer. This differs from what some of the other groups claim, which is that distilled alcoholic beverages such as gin, vodka, scotch whisky and rye whiskey made from the fermentation of wheat, barley or rye, are OK  since they are distilled.  Many sources claim they do not contain prolamins [gluten proteins] and are allowed unless otherwise indicated on the labels. Personally, I can’t tolerate most grain alcohols so I stick to wine, potato vodka or tequila.

Also, there needs to be caution with some of the alcohol beverages that have flavor added; some of the ingredients may contain gluten so reading the labels or contacting the manufacturer is highly recommended.

So again, use your best judgement and listen to your body! If you have an allergic response, it’s probably best to avoid the grain based booze and stick with the potato and corn varieties, or choose tequila and wine/champage.

Below is a list of some of the most popular gluten free alcohols (note these are just a few of some of the more popular brands, so be sure to check the labels and/or with the manufacturer if you’re unsure).

Vodka – Smirnoff (non flavored – need to verify flavored Smirnoff), Absolut Vodka, Zodiac, Cold River, Titos and Dripping Springs. Most vodka is made from potato or corn. Grain vodkas are also ok since they are distilled.

Tequila – Jose Cuervo, Sauza, Centinela. Real tequila is made from a plant called Blue Agave and is part of the Lilly family of plants.

Whiskey – Scotch whiskey, Chivas, Jack Daniels – Most whisky’s are gluten free because of the distilling process.

Gluten Free Beer
Most beers are made from barley, wheat or rye so therefore contain gluten. However, there is a growing list of gluten free beer that is now available to celiac patients.

What is Sorghum? Sorghum is a species of grass and its seeds can be harvested as grain to make beer. Sorghum has recently appeared in food products in the US, because of use in gluten-free food products. Sorghum is an excellent substitute for wheat for those who cannot tolerate gluten. Sorghum is used to make both leavened and unleavened breads.

What is Buckwheat? The buckwheat plant is entirely different from other grains and is not a grass. It is a summer annual with rather coarse, branched stems and large, broadly arrow-shaped leaves. Seeds from the buckwheat plant can be milled to make flour or the the plant itself can be malted to make gluten free beer.

Some of the most popular gluten free beers are listed below:

Redbridge – A sorghum gluten free beer made by Anheuser Busch. I have actually tried this beer and it is very good. It is very similar to a Sam Adams beer. I highly reommend it. Unfortunately I paid $9 for a six pack. Ouch!

New Grist – New Grist is brewed from sorghum, hops, water, rice and gluten-free yeast grown on molasses. These ingredients are carefully combined to form a crisp and refreshing “session ale” sure to be popular among those with Celiac Disease, but really brewed for anyone with an appreciation for great tasting, handmade beer.

Rampo Valley Honey Beer – Rampo Valley is a micro brewing company out of New York. The main fermentable is amber honey. Molasses is used for flavor, nutrients and color. Bright golden in color, the taste naturally has notes of honey and hop. Noble hops add a touch of bitterness to balance the honey sweetness. This beer is Kosher certified for Passover.

New Planet Tread Lightly Ale – A great balanced beer made from fermented sorghum and corn, hops and yeast. It is a bright beer with light taste and body and without the after taste of other sorghum-based beers.

One important point regarding gluten free beer, and gluten free products in general for that matter: when deciding on a gluten free alcohol choice be careful about beverages that are labeled“low-gluten” specifically in some of the beers. Be careful about beer companies stating that their beer is low in gluten and has essentially undetectable amounts of gluten. There is no assurance that low gluten beer is completely safe for celiac patients!

So tip your glass, make a toast, and have no fear! You can continue to love a drink, and live gluten free 🙂