Ever find yourself craving a tasty burrito packed with delicious, non GMO goodness that you can take on the go?

If not, you can stop reading now cuz this won’t interest you at all 🙂 If yes, then read on to learn more about Red’s All Natural – a delish, good-for-you and tasty on the go option found in most local grocer’s freezers.  Red’s Burritos are packed with NON GMO, 100% All Natural meats and fresh cheeses, frozen and shipped to grocers nationwide. They are a healthy and tasty option, though we can’t promote them as GF friendly (these guys are flour based) but they do offer a healthy alternative for our non GF friends and we can’t resist the urge to promote a good option when we find one.

Offering vegetarian and meat based burritos, these tasty treats are a sure fire way to curb a craving when it hits. So be sure to check their site to find a grocer in your area carrying Red’s, and if you find yourself visiting their site, be sure to tell them we sent you! 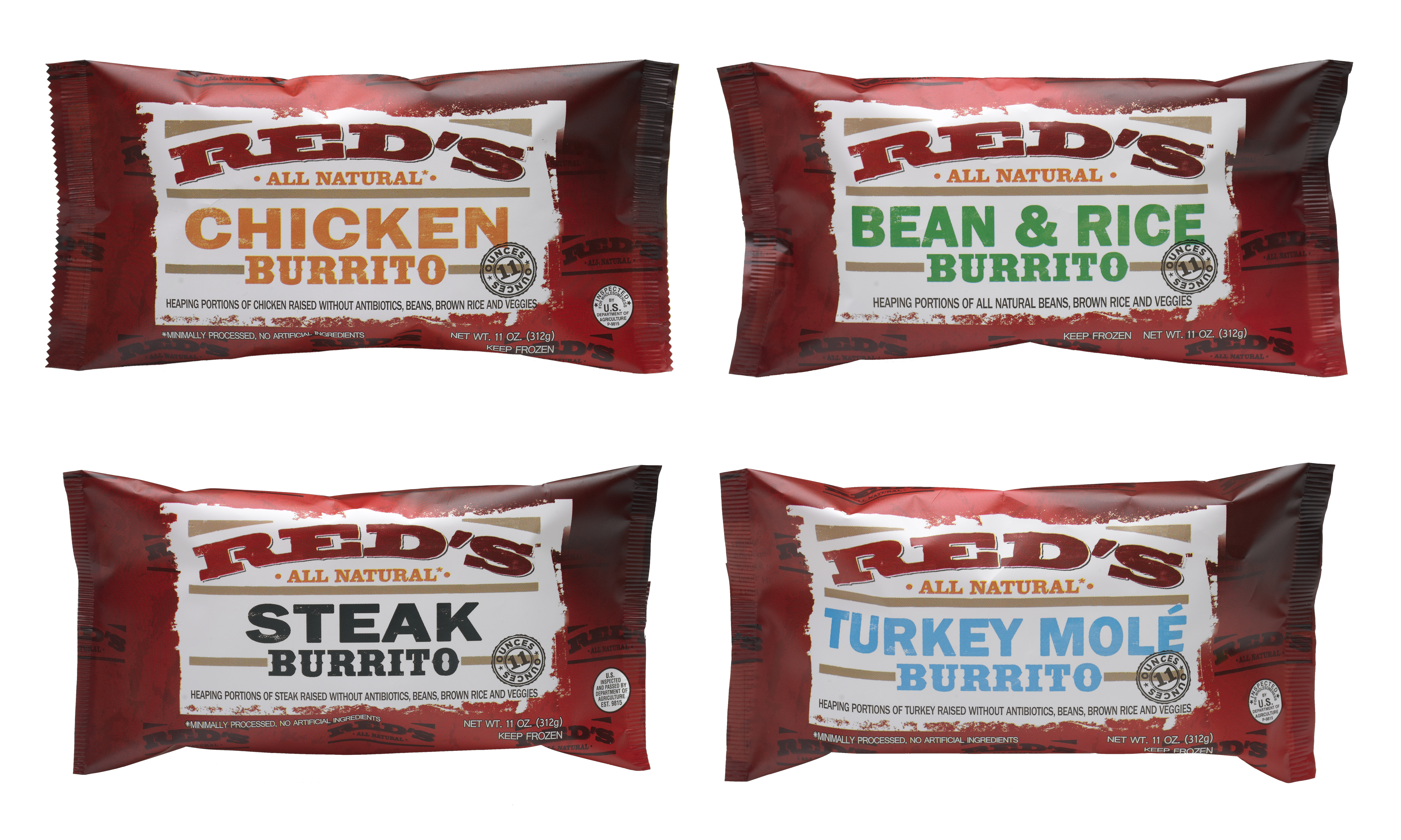 Like so many stories, ours begins with an epiphany.
One night, our founder Mike Adair was enjoying his wife Paige’s famous Tuesday night burrito recipe. He smiled from ear to ear thinking about how tasty the meal was that he had just enjoyed. Mike began thinking that it was a shame that they could not share the dinner with the world. It was at that moment, while Paige was singing Meat Loaf’s “I would do anything for love…,” he said “why can’t we?” He turned to his right to see their trusty dog, Red, nod in agreement. Red’s all Natural was born. 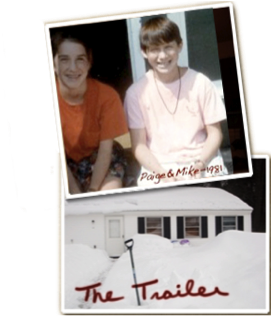 Paige and Mike met when they were twelve years old on the first day of middle school. He quickly seized the opportunity to ask her out, and sixteen years later, through many on and offs, they were married on August 18, 2007. One week later, they headed off to NH for Mike to attend the Tuck School of Business at Dartmouth and Paige to enroll in nursing school at the Massachusetts College of Pharmacy and Health Sciences. They moved into a beautiful, tiny old trailer with Red and started a new life.
Paige comes from a long line of great cooks, a heritage she has fully embraced. Within a few months of living in NH, Paige became somewhat of a celebrity around the Dartmouth campus because of her Tuesday night burrito recipe. All of their new friends, and even many complete strangers, were trying to get themselves invited over for dinner on Tuesday nights. After all, the burritos are exceptionally tasty, filling and nutritious: the perfect combination! The only problem was that Mike and Paige’s trailer was too small; they could only fit two guests at a time. Mike would later solve this dilemma…Mike on the other hand does not come from a family of cooks, in fact just the opposite.
Prior to having his burrito revelation, Mike worked in asset management sales for six years and spent most of his time traveling. After spending weeks on the road, Mike would return home, feeling tired and hungry, and open his freezer in search of a quick, tasty, filling and nutritious meal, only to be disappointed. It wasn’t until after their wedding that Paige’s burrito creation met Mike’s need for the long-desired, nutritious and quick meal: the Tuesday night burrito recipe was the long-awaited answer! 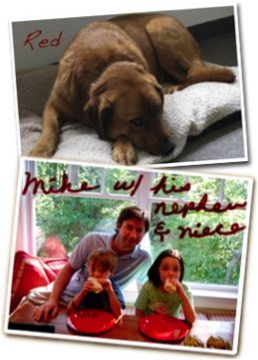