Wondering how to avoid GM foods? 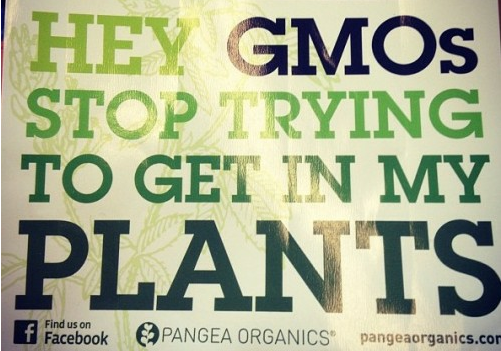 If the name Monsanto rings a bell, or you’re noticing more and more comments related to genetically modified foods (GM foods) these days, then you’ve come to the right place. I can’t forget the day I learned about Monsanto and their affect on our food supply, and on our bodies.  From liver damage to cancer, the lab results are scary at best. Cotton, sugar, potatoes, rice, corn, soy, peppers, papayas… The list goes on.

How former Monsanto employees are now working for the US government agencies which are supposed to protect us, such as the FDA and EPA. How more than 85% of our corn and soy supplies are genetically modified. How every other country in the EU except the USA has banned Monsanto’s GM foods. Or their famous claim to own all food supplies, and with more than 11,000 seed patents they appear to be on their way.

So what can we possibly do to avoid GM foods without labeling requirements in place?

You can shop local. Fresh produce and meats from local farmers markets are a good start. When at the supermarket, look for labels that state 100% Organic. Don’t be fooled by “all natural” or “organic” – by law, an item can be called Organic if it contains only 95% organic ingredients (which means GMO’s are lurking in “organic” items unless it states 100% Organic. Here’s the requirement oer the USDA’s site:

If you want to claim:  “Organic” Your items may contain, up to 5%:
a. nonorganically produced agricultural ingredients which are not
commercially available in organic
form; and/or
b. other substances allowed by 7 CFR 205.605

Go local. Go 100% Organic. Know your foods thanks to the True Foods App. You CAN protect your family when armed with the right resources.

I’ve added some content related to GM foods which you can find here:

How to avoid GM foods

The scoop on Monsanto?

Simply Google ‘Monsanto’ and the results are staggering; from reports of smaller, Organic farms being put out of business by the big corporate giant, to claims of former Monsanto employees approving their own requests for patent approvals once they took over roles within the FDA, and more. The stories go on and on, and they are as frightening as they are infuriating. If you have some time, I highly recommend you watch this documentary about Monsanto. There’s nothing Monsanto is leaving untouched: the mustard, the okra, the bringe oil, the rice, the cauliflower. Once they have established the norm: that seed can be owned as their property, royalties can be collected. We will depend on them for every seed we grow of every crop we grow. If they control seed, they control food, they know it — it’s strategic. This is the best way to control the populations of the world.

The story starts in the White House, where Monsanto often got its way by exerting disproportionate influence over policymakers via the “revolving door”. One example is Michael Taylor, who worked for Monsanto as an attorney before being appointed as deputy commissioner of the US Food and Drug Administration (FDA) in 1991. While at the FDA, the authority that deals with all US food approvals, Taylor made crucial decisions that led to the approval of GE foods and crops. Then he returned to Monsanto, becoming the company’s vice president for public policy.

“No Food Shall Be Grown That We Don’t Own”…Monsanto

Jeffery Smith Reports. In December 2009, a team of independent researchers published a study analyzing the raw data from three Monsanto rat studies. When they used proper statistical methods, they found that the three varieties of GM corn caused toxicity in the liver and kidneys, as well as significant changes in other organs.(16) Monsanto’s studies, of course, had claimed that the research showed no problems. The regulators had believed Monsanto, and the corn is already in our food supply. (Source)

“People will have Roundup Ready soya whether they like it or not” – Ann Foster, spokesperson for Monsanto in Britian, as quoted in The Nation magazine from article “The Politics of Food” [47] by Maria Margaronis December 27, 1999 issue
“If you put a label on genetically engineered food you might as well put a skull and crossbones on it.” – Norman Braksick, president of Asgrow Seed Co., a subsidiary of Monsanto, quoted in the Kansas City Star, March 7, 1994

3 comments on “Wondering how to avoid GM foods?”

2 Pings/Trackbacks for "Wondering how to avoid GM foods?"