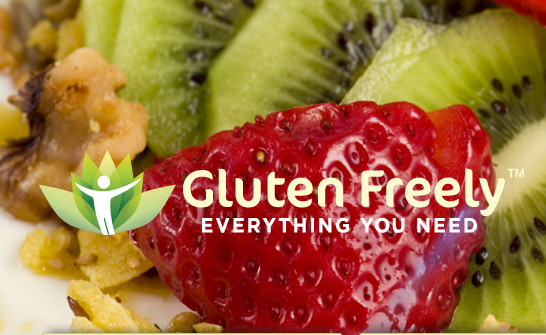 This relatively new Gluten-free resource hit the market running; it’s owned by General Mills and is their means for distributing information about their variety of gluten-free products which they’ve launched over the last couple years. In fact, in the last three years, General Mills — best known for Cheerios, Betty Crocker and that wheat-filled Pillsbury Doughboy — has put gluten-free labels on more than 300 products already made without gluten, reformulated the recipes of five Chex cereals and introduced gluten-free dessert and pancake mixes. Happy days for those of us raising allergic children!

And as many people continue to wonder, why has the rate of gluten allergies and sensitivities been on the rise?

“It’s not just that we’re better at finding it,” says Dr. Joseph A. Murray, a gastroenterologist at the Mayo Clinic in Rochester, Minn. “It truly has become more common.”

Comparing blood samples from the 1950s to the 1990s, Murray found that young people today are nearly five times as likely to have celiac disease, for reasons he and others researchers cannot explain. And it’s on the rise not only in the U.S. but also in other places where the disease was once considered rare, like Mexico and India. “We don’t know where it’s going to end,” Murray says. “Celiac disease has public health consequences.” And therefore, it has a market.

And that market is growing. According to a recent Nielsen report on consumer trends, the volume of gluten-free products sold in the past year is up 37 percent. Spins, a market-research-and-consulting firm for the natural-products industry, says the gluten-free market is a $6.3 billion industry and growing, up 33 percent since 2009.
So what do I like about Glutenfreely? Well, for one, they’ve placed a focus on providing delicious, gluten-free products for those with Celiac and/or Non Celiac Gluten Sensitivity and have repurposed their recipes to make them available. While I myself avoid all grains, I’m raising a gluten-free 8 year old who is grateful for gluten-free cereals, protein bars and snacks that go into his lunch box occasionally. If you follow my blog, you know I don’t promote packaged foods, but for the purpose of raising an allergic child, I do think it’s important to keep a sense of normalcy in their lives so that they continue the path of living an allergy-free life. If you ostracize them all the time, they are less likely to follow the diet that will keep them safe and healthy for a lifetime.

So check out Glutenfreely’s shop here and see what they’re doing to shake up the competition; or rather, to help sell the competition’s products. Yep, believe it or not, General Mills who owns Glutenfreely offers their competitors products in their shop as well. I LOVE that; have to admit – it’s a smart move on their part and I’m sure they are seeing more sales on their GF products in large part to their willingness to align with their competition and offer a comprehensive place for GF eating. In fact, it reminds me of a little idea I’m working on for Inspiredeats as well 🙂

So go ahead, browse and shop with confidence at Glutenfreely.com,  but remember – don’t make these GF items a simple replacement for your gluten-full foods. Stick to the perimeters and eat non-packaged foods as much as possible. And when those moments hit, and  you crave a little something reminiscent of your youth, General Mills has made it clear they will be there with you along the ride to ensure healthy, gluten-free options.