‘F as In Fat 2012 Major Findings’; obesity rates soar and nutrition is key. 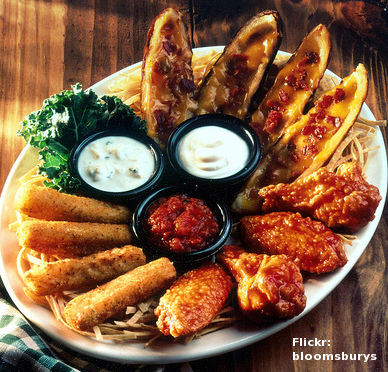 I’ve written several times about the power of food, and it’s ability to transform our bodies, our health and our lives; in fact, it’s pretty much my motto around here. So it’s nice to see a study come out to back that up. In August 2012, the Centers for Disease Control and Prevention released the latest rates of adult obesity in the United States.

As they state, the future health of the US is at a crossroads, due in large part to the obesity epidemic. Each year, the Trust for America’s Health (TFAH) and the Robert Wood Johnson Foundation (RWJF) issue “F as in Fat: How Obesity Threatens America’s Future” to examine strategies for addressing the obesity crisis. In this ninth edition of the report, TFAH and RWJF also commissioned a new study to look at how obesity could impact the future health and wealth of our nation.

Trust for America’s Health is a non-profit, non-partisan organization dedicated to saving lives by protecting the health of every community and working to make disease prevention a national priority.

As this year’s report details, we have seen important inroads made toward preventing and reducing obesity around the country, especially among children. We know that real changes are possible. But we also have found that efforts will need to be intensified if we are going to achieve a major reduction in obesity and related health problems.

So what are some of the eye opening results of the study?

First off, those who eat an abundance of fruits and veggies tend to be thinner than those who don’t.  In fact,  seven of the 10 states with the highest rates of obesity were in the bottom tier for fruit and vegetable consumption. So what does this mean for those who can’t find fresh fruits and veggies in their areas? In many cities lacking in fresh produce, commonly called food deserts, there are an abundance of fast food chains to replace what should be a fresh farmers market ideally.  So the people who live in these cities have a harder time finding local, fresh produce to eat, and therefore tend to turn to fast food joints. Perhaps it’s how they’re raised. Perhaps it’s the effect of media messaging (advertising is a powerful force). Perhaps its a matter of economics; as we know, fast food is probably the cheapest way to eat in America.

The states with the lowest fruit and veggie consumption are West Virginia (7.9 percent), Louisiana (8.2 percent), Oklahoma (9.8 percent) and Mississippi (10.3 percent). And you guessed it, they correlate with the fattest states in America. Mississippi has an obesity rate of 34.9 percent, followed by Louisiana at 33.4 percent, and West Virginia at 32.4 percent. Colorado holds on to its top spot for skinniest state. Only about 21 percent of Coloradans are obese, followed by Hawaii, with an obesity rate of 22 percent.

One of the more important aspects in my opinion is the research as it relates to children, and their rates of obesity.

Children and teens living in neighborhoods with more green space, such as parks, playing fields, trails and schoolyards, were less likely to be overweight than their counterparts in less-green neighborhoods.

Neighborhoods with high levels of poverty are significantly less likely to have places where children can be physically active, such as parks, green spaces and bike paths and lanes.

In general, states with the highest levels of bicycling and walk- ing have the lowest levels of obesity, high blood pressure and diabetes, and have the greatest percentage of adults who meet the recommended 30-plus minutes a day of physical activity.

You can read the full report here, It’s a long one, but well worth bookmarking and keeping it on file for when you have some time to read through it.  It’s a great read that reinforces the good choices we’re making around here, and our goal to help you heal and thrive through food.

4 comments on “‘F as In Fat 2012 Major Findings’; obesity rates soar and nutrition is key.”

2 Pings/Trackbacks for "‘F as In Fat 2012 Major Findings’; obesity rates soar and nutrition is key."