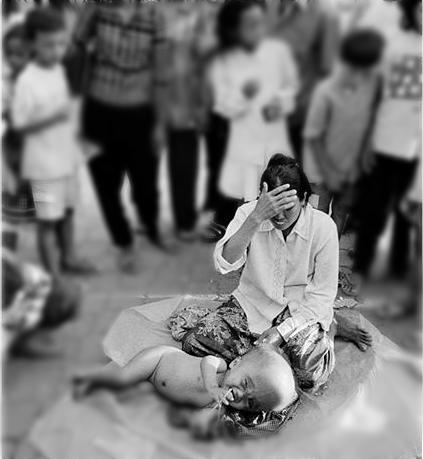 One of my favorite groups to follow is the Center for Food safety, and this most recent update from them is alarmingly scary. This crap really upsets me, and I can’t believe that we are still having to rally to fight for this, but until enough of us join together to have our voices heard, it’s clear these big CORPORATE giants will continue to pursue a profit at the sake of our health and well being.

If you’d like to learn more about the Center for Food Safety, here is their blurb from their site, and you can link through to them on the below article. Please, please read this  – it’s about the use of a known toxic chemical called Agent Orange. And it’s already in our food supply, and Dow Chemical wants to make sure it stays there.

The Center for Food Safety (CFS) is a non-profit public interest and environmental advocacy membership organization established in 1997 for the purpose of challenging harmful food production technologies and promoting sustainable alternatives. CFS combines multiple tools and strategies in pursuing its goals, including litigation and legal petitions for rulemaking, legal support for various sustainable agriculture and food safety constituencies, as well as public education, grassroots organizing and media outreach.

Considered by world nations to be a “Weapon of Mass Destruction” (WMD), Agent Orange was dropped in the millions of gallons on civilian populations during the Vietnam War in order to destroy foliage and poison North Vietnamese soldiers. The former president of the Vietnamese Red Cross, Professor Nhan, described it as, “…a massive violation of human rights of the civilian population, and a weapon of mass destruction.”

The lasting damage done by Agent Orange (nicknamed for the orange canisters it was transported and stored in) with which U.S. forces drenched the jungles of South Vietnam,  is due to a byproduct of chlorine known as dioxin, one of the worst toxins known to man. A huge segment of the population of South Vietnam (along with some residents of Cambodia and many U.S. soldiers) was exposed to the poison during the war, whether it was rained directly onto their skin, inhaled during the spraying of large areas, or ingested in water or food that was exposed.  Dioxin is a virtual “genetic time bomb”; once it has entered the body, it may cause any number of birth defects in the children of those exposed, ranging from stillbirth or infant death to mental retardation or physical deformity.

Dow AgroSciences, which along with DuPont and Monsanto is heavily invested in genetically engineered crops, has petitioned the U.S. government to deregulate a variety of GE corn that’s resistant to 2,4-D, which comprises 50% of the recipe of Agent Orange. And now they want to do the same with Soy.

And for those of you still eating soy – WAKE UP! It’s not a hippie, happy little dairy free food or drink replacement.  It’s one of the most highly genetically modified foods out there, and it’s soon to contain Cancer-causing Agent Orange if you don’t raise some hell!

Exposure to 2,4-D has been linked to major health problems that include cancer (especially non-Hodgkin’s lymphoma), lowered sperm counts, liver disease, Parkinson’s disease and birth anomalies in the children of pesticide applicators. Industry’s own tests show that 2,4-D is contaminated with dioxins, a group of highly toxic chemical compounds that bioaccumulate, so even a minute amount can accumulate as it goes up the food chain, potentially causing dangerous levels of exposure.  Dioxins in Agent Orange have been linked to many diseases, including birth defects in children of exposed parents.  According to EPA, 2,4-D is the seventh largest source of dioxins in the U.S.

USDA approval of Dow’s GE soybeans will trigger a huge increase in 2,4-D use – and our exposure to this toxic herbicide.  This will come on top of a large spike in 2,4-D use from Dow’s 2,4-D resistant GE corn.

Tell USDA to do its job and reject 2,4-D resistant soy. At the very least, USDA must undertake a comprehensive Environmental Impact Statement that takes a hard look at the cumulative impacts these crops will have on our health and environment.