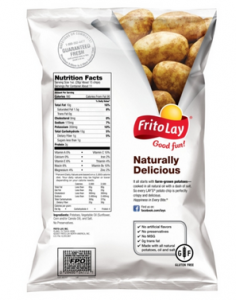 For those of you who crave salty treats, and miss the old Frito Lay standbys ( Lay’s, Doritos, Ruffles, Tostitos and Sunchips), you may soon be in luck. The snack food manufacturer has announced plans to develop a multi-year gluten-free validation process that would allow some of its North American products to carry the claim of gluten free. They don’t intend to reformulate their foods, but will have them tested in accordance with limitations set by the Food and Drug Administration of 20 parts per million. As many of you probably know, the FDA has allowed for foods which contain less than 20 parts per million gluten to be labeled as gluten free. Now, between you and I, that’s a dangerous prospect for many who report reactions ot food which are labelled gluten free, and our best guess is that it’s due to the trace amounts which are allowed due to the FDA’s ruling. But, that’s another topic all together, so back to Fritos 🙂

PLANO, Texas, May 18, 2012 /PRNewswire/ — PepsiCo’s Frito-Lay North America division today announced a multi-year initiative to validate many of their products as gluten free, with package labeling to follow. Since many of the company’s snacks, such as Lay’s Classic potato chips and Fritos Original corn chips are made from simple ingredients like corn or potatoes, they are, and always have been, naturally made without gluten ingredients.