Some quinoa varieties may be unsuitable for strict gluten-free diets, study suggests 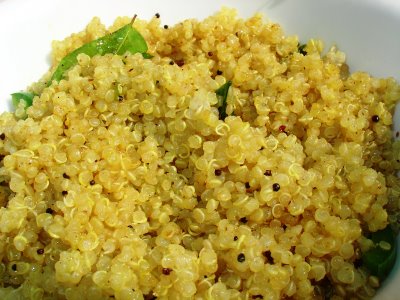 I’ve mentioned in the past that I am unable to eat most grains, and after testing for cross-reactive foods with Cyrex Labs, I was able to identify quinoa, millet and white potato were causing me to have symptoms of eating gluten. I was told that for many of us with food sensitivities, especially a gluten sensitivity, the body just can’t tell the difference between these particular foods. It has something to do with the molecular structure of the grains, and was a bit over my head, but what I did get was that I needed to avoid all grains to be sure I was allowing my body to heal from the 30+ years of damage I had done by eating gluten. And as I read the many posts about people who are gluten sensitive, turn toa gluten free diet, and still have symptoms, I couldn’t help but think that I wasn’t a part of a rare few with this “cross reactive” issue.

Turns out I’m probably not alone.

A new study has questioned advice to include quinoa in gluten-free diets for those with celiac disease, finding that some varieties may trigger symptoms. You can read more about the study here:

So if you’re like most who, after being diagnosed with a gluten allergy or sensitivity  turn to gluten free products, you might be continuing the damage as I was. Just another reason to give the Primal Blueprint or Paleo way of life a shot to ensure you heal!

One comment on “Some quinoa varieties may be unsuitable for strict gluten-free diets, study suggests”

1 Pings/Trackbacks for "Some quinoa varieties may be unsuitable for strict gluten-free diets, study suggests"