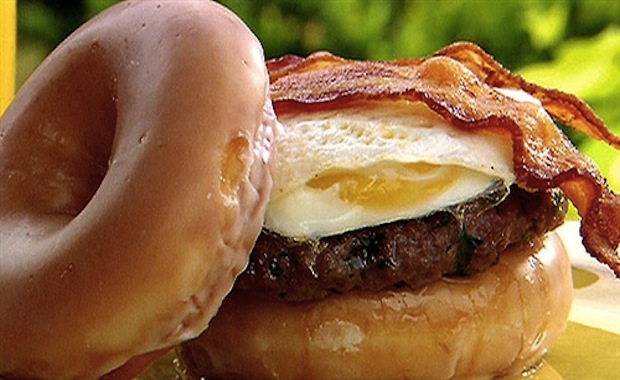 Southern celebrity chef Paula Deen appeared on the Today Show with Al Roker this morning to address rumors that she has been diagnosed with Type 2 diabetes more than 3 years ago. While it’s a sad thing to hear that any of us have Type 2 diabetes, I have to admit that I wasn’t overly surprised to hear that she was diagnosed with it. While I love Paula’s fun-loving, southern hospitality approach to life, her food is laden with carbohydrates, fat and sugar. Now, depending on the type of fat you consume, it can actually be a healthier lifestyle and is absolutely encouraged on the Paleo and Primal Diets, but I’m guessing that Paula isn’t cooking with Coconut, Grapeseed or Flax oil, but rather, using good oil Canola and Vegetable Oils mixed in with some Olive Oil.

According to Pub Med Health, Type 2 diabetes is a lifelong (chronic) disease in which there are high levels of sugar (glucose) in the blood, and is the most common form of diabetes. When you have type 2 diabetes, your fat, liver, and muscle cells do not respond correctly to insulin (insulin resistance). As a result, blood sugar does not get into these cells to be stored for energy. When sugar cannot enter cells, high levels of sugar build up in the blood (hyperglycemia).

Often, people with type 2 diabetes have no symptoms at first, and they may not have symptoms for many years.

The early symptoms of diabetes may include:

The first symptom may also be:

The chef, who has come under fire in recent years for the unhealthy nature of many of her recipes, also announced that she is working as a paid spokesperson for the drug company Novo Nordisk, which manufactures Victoza – an injectable, non-insulin drug used in the treatment of type 2 diabetes.

Deen confirmed, “I was diagnosed three years ago during a regular physical exam with my doctor, that I had type 2 diabetes. I am here today to let the world know that it is not a death sentence. I am working with a very reputable pharmaceutical company. I’m working on a new program called ‘Diabetes in a New Light.’ You can go to our website. I’m going to be there for you and help you manage every day of your life with this, because it can be done.”

While Deen admitted that diet is a factor in the development of the disease, saying it’s “part of the puzzle,” she also cited genetics, lifestyle, stress and age as factors.

Now, I do agree that Type 2 Diabetes is not simply a factor of food, but that lifestyle and genetics come into play as well, so when I watched the clip this morning I couldn’t help but wonder what Mark Sisson and team would think on the subject. Mark runs a highly successful blog and is a published author on the concept of Primal and Paleo living. So I did a quick search on his site for some content related to Type 2 diabetes, and there’s plenty to read! Here’s a quick overview of nutrition vs genetics that I found helpful when considering how both come to play in the case of diabetes.

From the mouth of Mark, via Marksdailyapple.com

Mainstream opinion is, of course, partly correct in that sugar does not necessarily “cause” diabetes – increasingly, scientific evidence is showing that genetic susceptibility plays a huge role in individuals’ potential for developing diabetes. Well, no kidding! The entire mainstream argument boils down to this: sugar does not cause diabetes; it’s genetic. I couldn’t agree more. I would simply say that our shared genetic susceptibility to insulin resistance, inflammation, cardiovascular disease and obesity shows that any sort of refined sugar or grain is the last thing humans should be eating. Our genetic “primal blueprint” indicates that we are not meant to consume sugar.

What I’ve learned in the short time of exploring a grain free life is that our bodies simply aren’t programmed to maintain a grain-ful diet. I know it sucks, and none of us want to hear it, but the truth is, since cutting out grains (and no, they aren’t all an allergy for me) I have felt better than even when I cut our gluten (which is an allergen). I’m not suggesting that reversing a Diabetes diagnosis is as simple as changing your diet and exercise routines, but the experts believe you can reverse it without major pharmaceuticals and surgeries. And that sure seems like a better path to try than going under the knife to me!