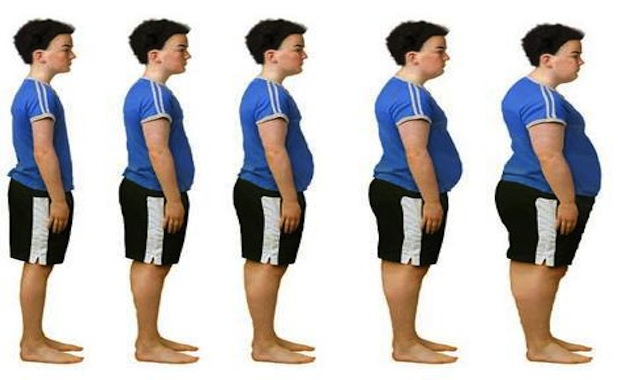 That said, I agree with the author and group which conducted the study that the results are counter-intuitive to what I would imagine, which is that Dad’s actually hold more “weight” as to whether your child turns out to be overweight or not. Surprising, no? Not to sound like a 1950’s girl here, but most moms that I know are the ones doing the food shopping and cooking dinner at night, and often times the ones coordinating sporting events and play dates as well. Though I must admit that I’m lucky enough to have a husband that pulls more than his fair share of weight around the kitchen and typically does most of the cooking, I know that’s not always the case. He also makes sure our son is in all the sporting groups possible, often times with only 1-2 weeks off from one sport before he’s registered for another, so I can say that I’m fortunate to have an athletic-minded role model for our son.

So, the article begs the question; who is doing the shopping, cooking, and influencing the activity levels in the average home? The Australian study referenced by the Today Show piece, and published in the current issue of the International Journal of Obesity, focused on 3,285 two-parent families in which only one parent was overweight or obese; the kids in the study were 8 or 9. Researchers found that heavy dads were more likely to have heavy sons and daughters, but heavy moms were no more likely than healthy-weight moms to have heavy children.

This is a tough one, because it seems a house divided by weight would be a hard topic to approach without upsetting your spouse, though obviously the health and wellness of your child is of the utmost importance. Perhaps focusing on a family walk together after dinner, or suggesting that your kids get involved in sports early on.  Remember though, an overweight husband may not be very involved in sports, and therefore be nervous about participating in them with your children. The idea would be to get the whole family involved and create a family-fun experience, instead of one where the dad felt pressured be the one playing catch with their children.  I think it’s important to take a family approach to health, and be there to support each other through the challenges of raising healthy kids. There will be many times when you feel nervous, unsure of your ability to help, fearful of the unknown and just plain foolish, but hey, isn’t’ that what parenting is all about?!

In the end, I believe  our job is to raise healthy, happy children who have the right framework for living a happy and healthy life. So choose wisely, and remember to move a little every day!

If you want to predict whether a baby is going to have a weight problem, new research suggests, look at his or her dad.

Yes, for once dads get the blame for something.

A new Australian study, published in the current issue of the International Journal of Obesity, focused on 3,285 two-parent families in which only one parent was overweight or obese. The kids in the study were 8 or 9. Researchers found that heavy dads were more likely to have heavy sons and daughters, but heavy moms were no more likely than healthy-weight moms to have heavy children…..

One possible explanation: Dad as role model. “We have had lots of anecdotal reports about children looking to their dad to determine whether or not they have to eat the vegetables that mum has served them, or if they should be going outside to play in the park,” Freeman said.

In other words, dads should set a good example by eating lots of fruits and veggies and actually playing sports, rather than simply watching them on TV.