What if animals ate McDonalds? 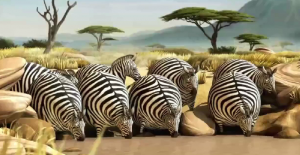 Here’s a clever little video designed to make us think – what would nature be like if animals ate nutrient-dense foods?

McDonalds to open an all vegetarian restaurant in India

Posted by: Jennifer Mansfield Categories: Blog posts Daily Posts
Comments Off on McDonalds to open an all vegetarian restaurant in India 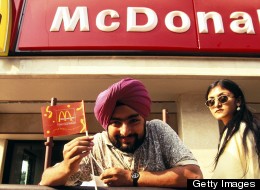 Known as the largest fast food restaurant chain in the world, McDonald’s has cornered the market on greasy fast food burgers.  So it seems a bit surprising that they would open an all vegetarian based restaurant in India, home to a large population of Hindus and Muslims whose cultures view cows as sacred.  For religious reasons, beef is not consumed by Hindus and Islamic dietary laws prohibit the consumption of pork.

So how will the largest supplier of hamburgers in the world overcome a social stigma as the largest slaughterer of cows in a country that views cows as sacred?

Much like many other brands do, McDonalds has catered their menu to accommodate the local needs and demands in India to appeal to the country’s large Hindu and Muslim populations. I’ve mentioned in the past that many manufacturers, including Kellogs and Pepsico, alter their product ingredients overseas to remove all GM foods from their items, however, they leave them in the products that are sold in the US.

So what does McDonalds serve in India? Is it a menu based on french fries and veggie patties?

A spokesman for McDonald’s in northern India, Rajesh Kumar Maini, told the news agency: “There is a big opportunity for vegetarian restaurants as many Indians are vegetarian.  McDonald’s restaurants in India do not serve beef or pork, instead opting for lamb, chicken, fish and vegetarian options, such as the McAloo Tikki (a deep fried patty of spicy mashed potatoes) and the McSpicy Paneer (a patty of traditional Indian cheese).

The chain plans to open another vegetarian outlet in north-western India, near the Vaishno Devi cave shrine in Kashmir, which is a Hindu pilgrimage site that attracts hundreds of thousands of visitors a year.

But it seems like not all residents of India are happy about the proposal.  Swadeshi Jagran Manch, a Hindu nationalist group, said it would oppose McDonald’s plan to open a restaurant in Katra, describing it as an attempt to “humiliate Hindus.”

“It’s an attempt not only to make money but also to deliberately humiliate Hindus. It is an organization associated with cow slaughter. If we make an announcement that they’re slaughtering cows, people won’t eat there. We are definitely going to fight it,” said national co-convener S. Gurumurthy.

What do you think? Can the golden arches overcome a brand reputation to successfully penetrate the Indian marketplace with a vegetarian restaurant?