My personal journey with Kryptopyrrole (KPU) and what it could mean for you. 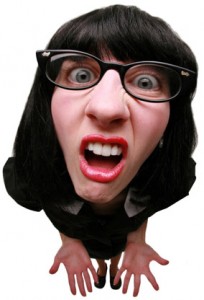 When I started displaying signs of all of these in middle school, my incredibly devoted and loving mom took me to every doctor she could think of, from a GP to a Neurologist, and no one had any idea what was wrong with me.  And as I got older, and the symptoms grew worse, I took whatever pill the docs prescribed to help quiet the symptoms so I could be the happy girl that I longed to be.  I knew somewhere deep down the happy, carefree and loving girl would eventually conquer the demons, I just had no idea it would be through nutrition.

So, when I was already addressing food allergies, an auto-immune disorder and some hormonal imbalances, I was frustrated by the persistent memory loss, mood swings and fatigue. Most of the other symptoms had gotten better, however, I was still dealing with some that I just couldn’t seem to beat.  Then one day my ND said he wanted to run a test that was relatively obscure, but when my Zinc levels came back so low, he suspected I was KPU. Kryptopyrrole, he called it. Great – that’s just what I need. Another obscure and hard to pronounce condition to tell my fam about.

So, when I tested positive for Kryptopyrrole; my first thought was why in the world couldn’t it be something I can pronounce, and how the hell am I going to explain this to others if I can’t even say the name?

KPU is one of the long terms issues I’ve dealt with that went undiagnosed, and (not surprisingly) it turns out that many of my issues are intertwined. Major contributors for KPU are food allergies and leaky gut, heavy metal exposure, and Auto-Immune disorders. Add in my weak thyroid function and it turns out I’m a classic case of an advanced KPU patient.

Let’s start with what KPU is:

“Pyroluria,” “Pyrroluria,” “Pyrolleuria,” “Pyrrole Disorder,” “Elevated Kryptopyrrole,” “B6 Deficiency” and other similar terms are all used to describe variants of the same basic condition: Most commonly called Pyroluria, the root cause is the production of too much “kryptopyrrole” (KP) or “hemepyrrole” (HP) in the blood.

Pyroluria is a genetically determined chemical imbalance involving an abnormality in hemoglobin synthesis. Hemoglobin is the protein that holds iron in the red blood cell. Individuals with this disorder produce too much of a byproduct of hemoglobin synthesis called “kryptopyrrole” (KP) or “hemepyrrole.” Kryptopyrrole has no known function in the body and is excreted in urine.

According to http://www.kryptopyrrole.com/ the symptoms of excess urinary kryptopyrrole first manifest themselves as behavioral abnormalities. Although children tend to be more easily diagnosed than adults, the symptoms are consistent: poor tolerance of physical and emotional stress, mood swings, depression, sensitivity to light, noise and other tactile sensitivities. Later symptoms can range from severe depression to chronic schizophrenia. Accompanying physical symptoms can include pain, seizures, even complete physical debilitation.

The biggest issue in self-diagnosing Pyroluria is that the symptoms can all mirror other issues, and often times have their own labels, such as anxiety, depression, ADD, ADHD, and even Autism.  As for me personally, I can remember the neurologist telling my mom when I was 10 that I was too high strung and needed to learn how to relax. Really – a high strung 10 year old?

Anyway, as you can imagine I wasn’t high strung on my own. It was an apparent issue with my Vitamin B levels, and being quite deficient in both B and Zinc.  As it turns out, the main issue with Pyroluria is that you pee out your B vitamins, leaving you in a deficient state. Perhaps that’s why I pee all the time? Yep, turns out frequent urination is a symptom. As are irritability, anger episodes, poor memory, impaired intellectual function, impaired immune function and inability to deal with stress. Other symptoms which help doctors to identify Pyroluria is their inability to tan, poor dream recall, abnormal fat distribution, and sensitivity to light and sound.

Here’s a good video description from a nutritionist & naturopath Greg Newson. He gives a great insight into Pyroluria (aka Pyrrole Disorder and Kryptopyrroles). Pyroluria may be the hidden factor behind many Mental Health illness such as Depression, Autism, ADD/ADHD, Schizophrenia and Bi Polar Disorder, and also contribute to addictions, violent behavior, alcoholism, epilepsy and Acute Intermittent Porphyria.

In the words of the experts…

Most individuals show symptoms of zinc and/or B6 deficiencies, which include poor stress control, nervousness, anxiety, mood swings, severe inner tension, episodic anger (an explosive temper), poor short-term memory and depression. Most pyrolurics exhibit at least two of these problems. These individuals cannot efficiently create serotonin (a neurotransmitter that reduces anxiety and depression) since vitamin B6 is an important factor in the last step of its synthesis. In addition, these individuals often have frequent infections and are often identified by their inability to tan, poor dream recall, abnormal fat distribution, and sensitivity to light and sound. Classic symptoms of pyrrole disorder include high anxiety, frequent mood swings, poor short term memory, reading disorder, morning nausea, absence of dream recall and frequent anger and rages.

Because pyrolurics are stress intolerant, they seem to be especially vulnerable to cumulative stress over many days. Pyroluric patients are prone to relapses, especially during illness, injury, or emotional stress.

Why is B6 important?

Vitamin B6 deficiency is associated with agitation, irritability, depression and impaired intellectual function. Kryptopyrrole elevation can also be associated with poor tolerance of physical stress, and in advanced cases, severe pain in the joints and extremities may be present. Can you imagine now why so many of us go undiagnosed or misdiagnosed?

Other nutrients may assist in pyroluria include niacinamide, pantothenic acid, manganese, vitamins C and E, omega-6 fatty acids and cysteine.

Note that other related issues include an imbalanced level of Histamine (more to come on that), copper and zinc.

How can I get tested?

The premier laboratory for testing  for Pyrroles (Kryptopyrrole) is Direct Health Care Access II Laboratory  and one of the best aspects to this lab is they offer tests directly to patients, so you don’t need a Doctor to order them for you. If you order the test directly, just know that they won’t review the results with you, however, they do offer an additional counseling/review service at an extra cost.

HOW TO ORDER TESTING: Patients Direct: You can call Direct Health Care Access II Laboratory at 847-222-9546 or you can order on line at their website.

What is my treatment for Kryptopyrrole/Pyroluria?

So now that you have a full review of KPU, I hope you are better able to grasp what you or a loved one are facing. This is a very serious condition that has been at the root of much of my symptoms, and its something I have tested every 6 months to make sure I’m on track with my protocol.

Here’s the protocol I follow to manage my KPU symptoms:

Unfortunately, I don’t know whether I will be on this for years, or forever. I hope the former, but if it’s the latter I’m ok with that. Its just another set of supplements I take to make sure I can live a long, happy and healthy life. I’ll take a few pills daily over the symptoms from this any day.

I hope this has helped you too! Feel free to comment about your symtoms and how you manage your KPU. I would love to hear from other KPU folks!