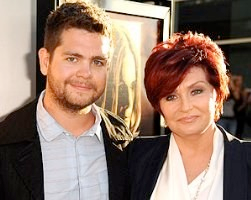 Jack Osbourne recently talked with Dr. Oz about his multiple sclerosis and how the Paleo diet helped him gain control of his health.

There are some things I can’t imagine – ever eating a slice of pizza without suffering for days, or indulging in a piece of my favorite spiced cake. And while someday I might find a Paleo pizza or cake that I can eat, the reality is being diagnosed with food allergies and Hashimotos (an autoimmune disorder that attacks the thyroid gland) are nothing compared to what I imagine to be the fear associated with an MS diagnosis.

Multiple sclerosis (MS) is an autoimmune disorder that impacts your nervous system, with symptoms ranging from pain, numbness and trouble walking.  Since I also have an autoimmune disorder, I know how important it is to keep your immune system calm, so that your body doesn’t start to attack itself. I also know what it’s like to have raging inflammation, and have been able to manage it with diet and supplements (omega fish oil and CoQ10 are the two biggest helpers for my inflammation). So I was intrigued when I heard that Jack Osborne visited Dr. Oz recently and talked about the proactive steps that he has taken to control his disease.

Jack told Dr. Oz that he was determined to do what he could to improve his health, and lost more than 70 pounds by following the Paleo diet. He eliminated gluten and dairy,  and followed the clean eating plan that the Paleo plan requires. But what Jack made clear was that having a positive attitude makes a difference in both his physical and emotional health.  He says that the support of his family, such as his mom Sharon, has helped him have the strength he needs to fight the disease. I love that he made sure to focus on how important your attitude is to overcoming a disease. In fact, many believe that it’s a negative attitude (or belief system) which can cause negative health conditions, so by reversing your mindset and having a clear, loving heart, you can create a pathway for better health.

Jack also showed the importance of a support system in managing MS. He mentioned that his mom, Sharon Osbourne, had talked openly with him about her decision to have a double mastectomy when she discovered that she had the gene that causes a predisposition to breast cancer. Jack’s wife Lisa is also very supportive, and is apparently a believer in holistic health options which will surely be an important part of his healing process. I’ve used the help of several holistic healers which have helped me to overcome various diagnosis including Acupuncturists, Nutritionists and Naturopathic Doctors, as well as various essential oils, herbs and the Paleo diet to help eliminate the major food allergens and inflammatory foods.

I love seeing the power of nutrition and dietary changes to help us heal in the media; it’s about time we start recognizing food’s ability to help or harm our health journey!

How many of you are following a Paleo diet to manage health related issues?