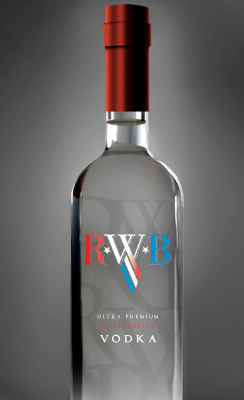 The controversy continues around whether an alcohol, or distilled spirit, needs to be labeled as gluten-free. Friends of our site probably won’t be shocked by the introduction of the country’s first gluten-free brand of vodka. After all, Americans now spend more than $6 billion a year on gluten-free products, and nearly a third of all Americans say they’re trying to cut back on gluten. Dozens of new gluten-free products are released every month, so why should vodka be any different?

Well, namely because there’s a raging debate as to whether a distilled spirit actually contains gluten, regardless of it’s origin.

“The process of distillation separates substances that are volatile from those that are not volatile,” gluten expert Tricia Thompson explained. “Protein, including gluten, is not volatile and it does not vaporize. Therefore, in a proper distillation, you will not have protein in that final distillate.”

Until recently, the Alcohol and Tobacco Tax and Trade Bureau has refused requests to include a  gluten-free label on alcohol. Their strict liquor labeling laws prevented any manufacturer from labeling any alcoholic beverage regulated by the bureau — those with more than 7 percent alcohol by volume — as “gluten-free.” But in May 2012, the TTB started allowing alcohol companies to advertise their products as gluten-free if they met certain standards. Under TTB’s rules, however, distilled liquors could only apply for certification if they were made from gluten-free ingredients, such as agave, sugar cane and potatoes.

RWB Ultra -Premium Handcrafted Vodka is a potato-based, gluten-free vodka that has been months in the making and is now a premier distilled spirit produced by Aristocrat Group and its brand management division, Luxuria Brands. Other gluten-free potato based vodkas includes Tito’s Vodka, handmade here in Austin and one of our favorites. For a more complete list of gluten-free vodkas, you can read this post.

Scheduled to hit the retail shelves and the restaurant and bar scene this summer, it will be one of only a handful of spirits in the U.S. that meets the necessary requirements to feature the words “gluten-free” on its label and packaging. But do we really need that label to safely consumer it, or is that just another marketing ploy?

For more info on gluten-free booze options, check out our page here, and feel free to send us your favorites – leave them in the comments below and we’ll be happy to feature your reviews as well.

Here’s to keeping us happy, healthy, allergy-free and slightly buzzed! 🙂