Are we really that surprised by The Biggest Loser contestant’s BIG loss? 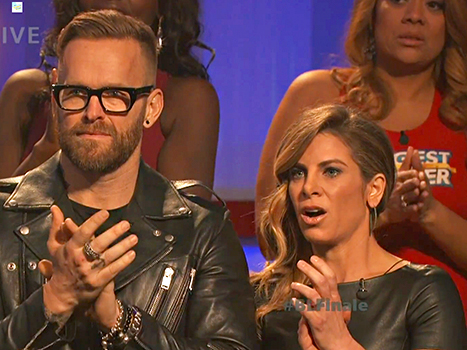 I usually avoiding writing about mainstream events. Celebrity deaths, while tragic, don’t really have much to do with my focus on healthy lifestyles, unless it relates to their tragic loss of will at the battle with drugs or alcohol. Even then I choose not to write about it because it’s not something I can relate first-hand to. But when I started seeing all the media controversy about the ‘dramatic weight loss seen on The Biggest Loser’ last night, I had to check it out. Maybe because I’ve been on the winning and losing end of weight struggles my whole life. Or maybe it’s because I feel so strongly about food and it’s powers to help us heal. Who knows, but to be honest, I’m a little surprised at what I’m reading.

I don’t know, maybe I’m missing something here, but I’ve always been surprised by the lack of common perception that contestants on the Biggest Loser don’t take their extreme weight loss to, well, an extreme. If you think about it, they show up overweight and exhausted, both mental and physically, they have poor eating and exercise habits and they’re desperate for help. Help to change their lives, in a big way.

So why is it that we’re shocked when Rachel Frederickson comes onstage last night for the big reveal, and has continued her weight loss from home, and apparently taken it to a dramatic level? What are we really surprised by?

This is where I ask myself, really?

Are we really that shocked that someone who has gone through a pretty intensive weight loss camp takes their approach to weight loss to an extreme? Yes, weight loss of that amount is crazy significant, but it seems to be what TBL contestants are going for, no?

First off, aren’t the contestants being monitored to ensure safety?

If not, I would think TBL is putting themselves at great risk for a lawsuit if anything drastic happens to their contestants. I’m sure they have some pretty iron-clad legal paperwork in place, but that would probably be trumped in court by a contestant’s ill health.

And what’s so strange to me is that it seems that Rachel’s weight loss progressed beyond what coaches Ben Harper and Jillian Michaels were aware of, as seen on the image below which has been circulating the net since last night.

Does tough love lead to self healing?

Don’t get me wrong, I embrace a tough-love approach to helping people get their lives back on track. I like the idea of teaching people to make smart, healthy choices. Teaching them which foods are healthier than others, how to incorporate exercise into your daily routine and probably most importantly, how to love yourself. Self loathing is often at the root of dramatic weight gain, and when a person grows to forgive and love themselves again, hormones can get rebalanced, happiness is found and weight loss tends to follow.

Self love or motivational bumper stickers?

If you listen to Rachel talk on the clip below, you might notice that it sounds like she’s speaking in motivational bumper stickers. To me, that doesn’t reflect a true sense of self or self love. To me, that reflects a person who has been fed a lot of self help quotes and has drank the Cool-aid, if you know what I mean.

Am I oversimplifying by saying that asking anyone to lose more than half their body weight within 6 months could potentially lead to eating disorders? Maybe. Maybe it’s about ratings. Or maybe, like most things in America, they simply super-sized weight loss to ensure we’d all tune in for the dramatic results. And like with most things in life, as soon as its over we move on to the next big event and forget about the contestants who bare their souls on tv to help gain control of their lives back.

But at least they’re thin, right?

UPDATE: Here’s the post on Facbook from Jillian Michaels in regards to Rachel’s weight loss. Seems she’s playing safe on her stance…

Jillian Michaels
So here it is.

Bob and I want to take a moment to congratulate all of the BL contestants on their hard work. We’re not comfortable commenting on Rachel’s journey because weren’t her trainers and weren’t given an opportunity to work with her at any point. Any questions about the contestants on the Biggest Loser should be directed to the show’s producers.