Are you readily swapping your gluten-full foods with their gluten-free versions?

Read on to learn why that may not be such a good idea! 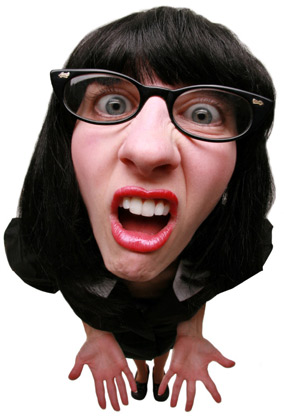 Since celiac disease is an autoimmune condition, where the body’s immune system starts attacking normal tissue (such as intestinal tissue) in response to eating gluten, people with celiac disease are at risk for malabsorption of food, which cause nutritional deficiencies and may result in conditions such as iron deficiency anemia, osteopenia, and osteoporosis.  Experts will tell you that those of us with a wheat allergy or gluten-intolerance usually do not have severe intestinal damage, and are typically considered to not be at risk for such nutritional deficiencies, or for an increased risk of developing other auto-immune conditions. However, I myself have only ever tested positive for a gluten sensitivity, yet I suffer from anemia, insufficient vitamin levels, adrenal fatigue, and many other conditions caused by poor nutrient absorption.

As many of you might already know, or will soon learn, having a gluten intolerance often goes hand in hand with various auto-immune conditions (Hashimoto’s for me). And having an auto-immune disorder makes you more susceptible to other auto-immune diseases, so its important to remember that you will feel best when you quiet your immune system as much as possible (by eliminating those foods which cause an allergic/immune response).

To that point, even if you do eliminate all gluten from your diet, you may still find that your level of improvement is not nearly as much as it should be. And as I mentioned earlier, I was gluten-free for over a year, and was still having allergic responses. So I stopped eating out, in case that was the culprit, and to ensure I wasn’t accidentally eating gluten without knowing it. After a few months, I was still having reactions, so I had a test dont that was relatively new to the market.

Cyrex Labs offers a cross-reactive food panel test which will help you to know if there are other foods which you are having an allergic/immune response too (note that these foods which came up on my panel were not allergens according to my previous IGE and IGG tests).

Cyrex Labs offers detailed gluten related antibody panels, intestinal permeability panels and cross reactive foods panels.  More information and details coming asap.  Note:  If you have no knowledgeable practitioner to prescribe these tests, they can be ordered through www.thedr.com  I can’t personally vouch for them though, but I’ve been told they offer quick and coast-effective services.

What did I learn?

The fact is that most people who discover one allergy, find out that they have other allergies and sensitivities as well.

What I found out is that I am having cross reactive responses to many of the gluten-free grains that I was using in place of gluten. For example, the many wonderful gluten-free products I was eating contained gluten-free grains which I grew to love, but apparently cannot effectively process. These grains included millet, quinoa, potatoes, rice and corn; effectively leaving me to eat a grain-free diet.

What’s important to consider here is that most of the gluten-free products available to us now contain grains which are commonly causing a cross reactive response for many gluten intolerant people. Be diligent about your health progress; keep journals and make note of what you eat vs which responses you have. And don’t be surprised if you too have a similar cross reactive response to other grains.

Many of today’s health challenges are linked to food sensitivities.

Some of the common problem foods for the gluten sensitive are:

If you are on a gluten-free diet, and you still don’t feel at your best, try eliminating the foods listed above as a starting point.  I suggest that you remove all of these types of foods, all at once, and with luck, you will feel much better after a few days (although it could take several weeks before you notice any improvement). If you think you might also have some additional foods which are triggering an immune response, I would highly recommend the Cyrex Cross Reactive Food Panel as well.

I also recommend you keep a food journal as you reintroduce foods so you will be able to keep track of the foods you can tolerate, and those you can’t.  To be honest, a food journal throughout your journey is a great idea in general! You will most likely discover you have varying responses, and it will become almost impossible to keep track of all the reactions you have.

In short, don’t be surprised if you have other foods which will join your allergen list, even if you aren’t directly allergic to them. I know it sucks, but I’m afraid it’s often the case. That’s one of the many reasons I created Inspired Eats – to help you figure out why you feel like crap, and help you heal through dietary and nutrition changes as the primary source for healing.

I’ll cover topics to help you live grain free in the event that you find yourself among the many of us who have to avoid all grains in response to cross reactive allergies. I promise you, once you discover these foods which are also causing allergic responses, and eliminate them from your diet, you will quickly feel better and living without will become a part of your life that you embrace, much like you did when you discovered you were among the many millions of us suffering from a gluten intolerance.

Knowledge is power. Power is strength. Strength will help you heal.